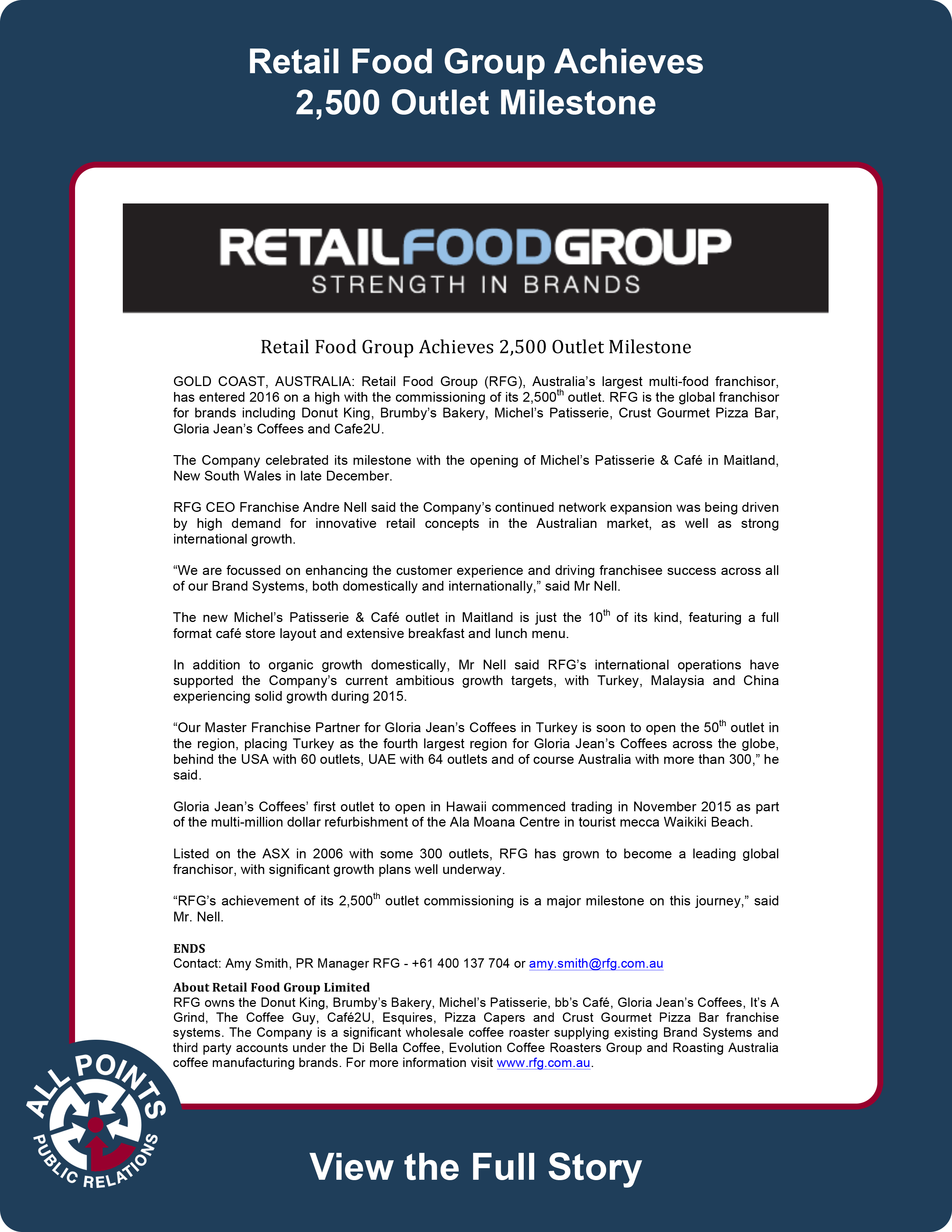 The Company celebrated its milestone with the opening of Michel’s Patisserie & Café in Maitland, New South Wales in late December.

“We are focussed on enhancing the customer experience and driving franchisee success across all of our Brand Systems, both domestically and internationally,” said Mr Nell.

The new Michel’s Patisserie & Café outlet in Maitland is just the 10th of its kind, featuring a full format café store layout and extensive breakfast and lunch menu.

Gloria Jean’s Coffees’ first outlet to open in Hawaii commenced trading in November 2015 as part of the multi-million dollar refurbishment of the Ala Moana Centre in tourist mecca Waikiki Beach.

Listed on the ASX in 2006 with some 300 outlets, RFG has grown to become a leading global franchisor, with significant growth plans well underway.

“RFG’s achievement of its 2,500th outlet commissioning is a major milestone on this journey,” said Mr. Nell.